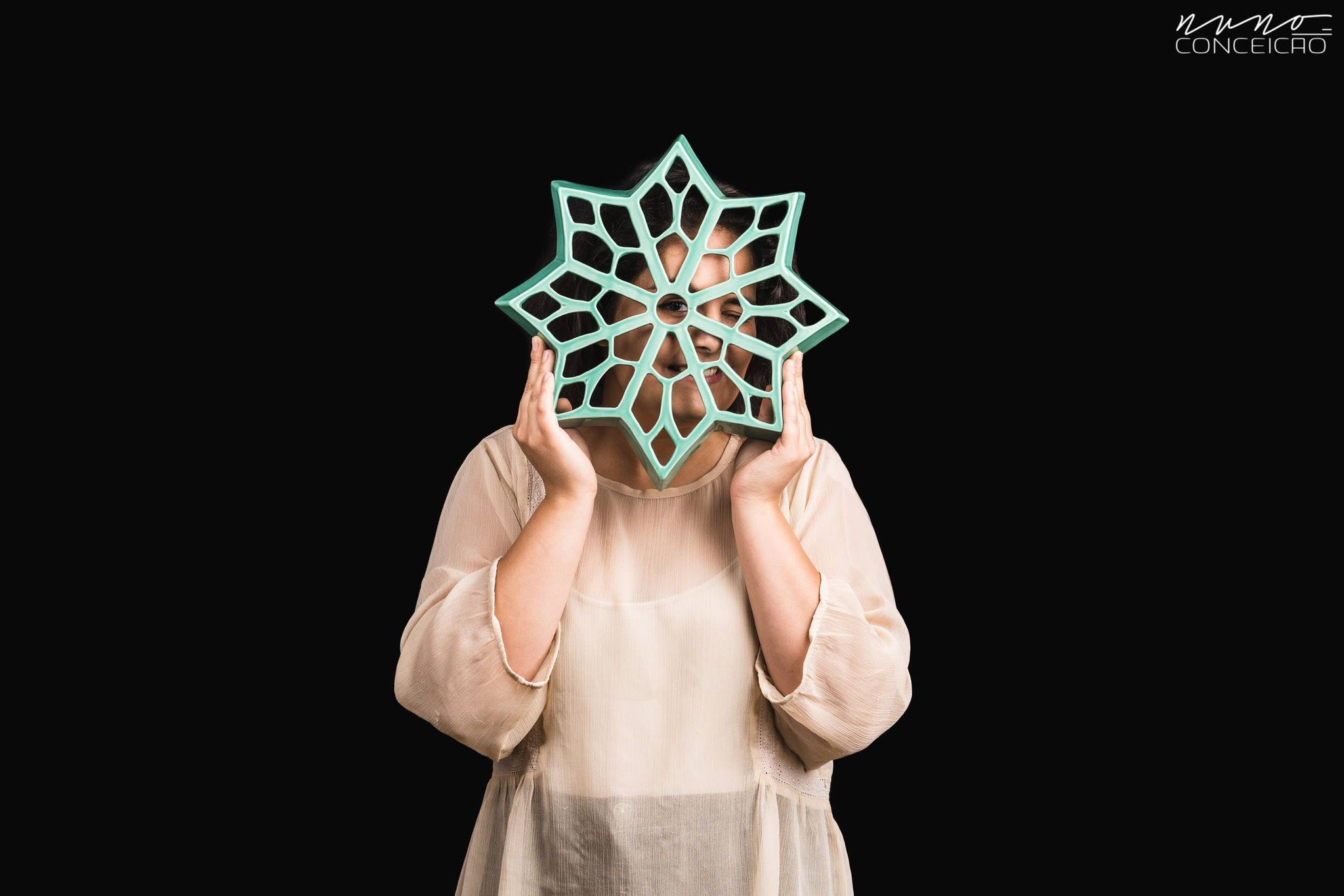 Mariana Sampaio was born in 1991, in Golegã (Santarém), Portugal, but lives and works in Caldas da Rainha. She has a Bachelor's and Master's degree in Fine Arts from the Superior School of Arts and Design of Caldas da Rainha.
During her studies she joined the Erasmus program, studied for six months at the Birmingham Institute of Arts and Design, in Birmingham, England.

She won the 2013 “Toma Lá Arte” award in the Sculpture category and was selected in the Painting category to be present with some of her works at the S. Ü. N. D. festival, international arts festival, with Portuguese and Serbian artists, at Fábrica Braço de Prata in Lisbon.

She participated in the inaugural exhibition of the Fundação Eugénio de Almeida in Évora, together with artists from five continents. In the same year, she was awarded the Jeune Création Européenne Prize 2013/2015, a biennial prize where only six artists from each participating country are chosen. She represented Portugal in a travelling exhibition through Europe, which passed through France, Holland, Lithuania, Hungary, Italy, Spain, and Portugal.

In 2016, she finished the Creative Ceramics technical course in CENCAL, in Caldas da Rainha.

In the same year, she was selected to participate in the 2019 exhibition collective at Galeria Eixo, in Rio de Janeiro, Brazil. In Lisbon, she also participated in the first public contemporary art festival--Paratíssima 2016--with artists from all over the world.

2017 is also the year that Mariana opened the doors of her ceramic and plastic arts studio to the public, thus launching the brand Mariana Sampaio Studio.

In 2019, she participated in the IV International Exhibition Universo Cerâmica in São Paulo, Brazil, where she was awarded the International Prize for the piece "The Melted Cube".

Currently, she produces full time in her studio, combining with exhibitions, studio classes and workshops and the classes at CENCAL and Rainha D. Leonor Special Education Center in Caldas da Rainha.